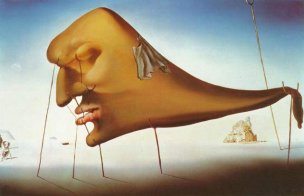 I'm designing a school for myself. It's largely based on every other school in existence except that instead of deducting points for incomplete assignments, I will be sprayed with icy cold water. This should be effective since more than anything else I hate being sprayed with icy cold water. Sleep deprivation is not terribly effective for training me because I will go to sleep before I complete any desired task. My sleep is an armor, see.

Cold water will be alternated with hot water to warm the body back up. Cold water brings a numbness that renders it ineffective after a short time. Warm water brings back sensation, and thus unpleasant sensation. It works.

All I need now is a sponsor. Well, perhaps two. It is pretty easy to spray me with cold water. Keeping me from escaping takes considerably more effort. I escape real good, see.

Posted by Guillermo at 04:46 No comments: 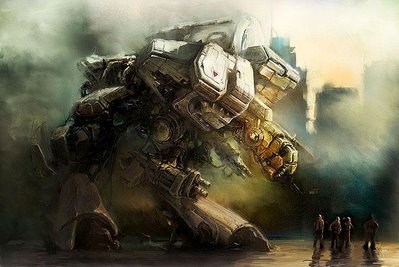 I think the people in the picture above are stopping at a gas station to ask for directions. They're lost, see. What's funny is that they look like they have all this technology but they still can't find their way. Hilarious.

The new Bond movie was pretty good. I've seen a few Bond movies, but this was the first to hold my attention through the entire film.

Happy Feet was also pleasing to me. Great animation and a good time. I'm a bit concerned about the message it sends. In the movie, seals are the bad guys and I don't need any more reasons to go out and acquire a seal hat. I really want a seal hat.

"I am not killing a seal, madame, I am saving a penguin."

I'm always having to explain myself to madames.

I forgot to mention that during our Tetris rampage we ran into the student travel agency and I yelled "We need to get to level 2!" They could not help us.

No one could help us.

Posted by Guillermo at 22:50 No comments: 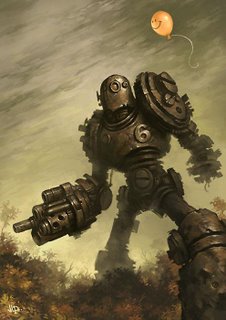 My robot never wants to play. Just patrols the perimeter all day and night. "Perimeter secured," it reports. Yes, yes, I'm certain the perimeter is quite fine.

There is little left to learn within the perimeter, secure as it is. I'll have to leave it soon. Just push through the tall grass and go. As I think of it, I wonder if I can. My robot, it's not really mine. It's just there, eternally guarding the perimeter. It doesn't come inside. I'm not sure what will happen if I step into the outside. What if the perimeter follows? Ah, but what if it doesn't? Will I be shot in the back and nourish the dry ground with vital fluids? I expect to find out soon.

I wonder if my robot will regret never wanting to play.

Posted by Guillermo at 23:47 No comments: 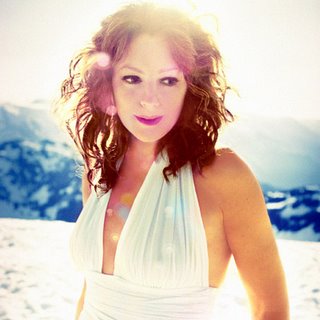 Sometimes a man just needs a break from drinking, fighting, playing rugby, restoring classic cars and then outfitting them with heavy artillery for desert war games, and punching out endangered species of rhinoceros. Times like these, I throw in Sarah Mclachlan's new CD, Wintersong.

But after that it's immediately back to punching rhinos. They ain't gonna punch out themselves.

Posted by Guillermo at 00:06 No comments: