Ender and Remy purchased their first comics the other day. They loved the comic shop. Ender got a "kids" comic that had Spiderman, Iron Man, and Hulk attempting to dog-sit Cerberus, the three-headed guardian of Hades. Remy got a Speed Racer: The Next Generation or some such thing. It's a promising start, and I was much relieved when Remy put back the Veronica (from Archie fame)that he had been poring over.

Their intelligence surprises me. The concept of teaching is unraveling in my head. I don't feel I've really taught them anything, except perhaps how to swim, but they sure are doing stuff like counting and saying parts of the alphabet. I credit PBS for most of that.

I think I'll hunt down some of the old school programs. Mr. Rogers must have a hand in raising them. And Bill Nye. And I can't leave out Levar Burton.

The great intellectual explorers of my time spoke to me, the viewer, in a way no other adults were at that time. And they're still there, to speak to my nephews about science, literature, and being a good neighbor.

I still need them too. I know there is much I've forgotten.

Posted by Guillermo at 10:55 No comments:

The spicy email I wrote earned me a phone call, in which I spoke to a reasonable human being and we discussed matters far and wide. Well, almost entirely reasonable. The woman I spoke with brought up armed assaults on campuses and religiously-motivated attacks.

The letter was baited with words that throw up the blinders of ignorance for many people. My reference to Allah was cited as "threatening". This saddened me, because anybody with a passing familiarity with the Muslim faith, or even someone who has seen The 13th Warrior, knows that there is only one god, so it's absurd to say something like "God of gods" in the same breath as Allah.

She was concerned that the letter is threatening, although when I asked her to point out any specific examples of threats she was at a loss.

She told me that she had read the email to her husband over the phone and that he had demanded she forward it to him so he'd have evidence in case any harm came to her. I laughed and suggested he email me if he has any questions.

So it's making the rounds, I assume. I am disappointed she found it threatening. I conceded that there are jokes, and as a person who jokes, I am responsible if I am not funny. So not funny, I can confess up to that, if I must. The most adorable part of the conversation was when she chastised my use of swear words. She would begin to read certain phrases, falter at the swears, and then press valiantly on.

It really was cute. "I can't believe you'd put this in an email," she said.

I really enjoyed talking to her. I liked her a lot. I thanked her for her call, and when she asked me to "drop it" I said sure.

She had one other request during our talk. She told me I should use my writing powers for good.

I'm all for that, of course. But I'm a freelance do-gooder, and sometimes they're just not hiring.

Posted by Guillermo at 07:12 No comments: 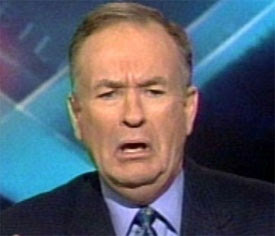 I am surprised to hear from you in these circumstances. I believe the first and last time we met was during the Buddy Ambassador training I attended with Luis. I apologize for my poor moral standards and lowly ways. Perhaps it is a reflection of my own poor education, excluding my formative years at Mountain Pointe, of course.

I do appreciate the call my mother received from the school informing us to handle it "in the family". My mother has an incredibly easy life and I relish the terror inflicted upon her whenever a school "official", such as they are, calls her and claims that I am threatening to abort my siblings somehow. However, I am disappointed that you did not draw attention to the latent homosexual and incestuous subtext I nestled in the phrase about "selling people eggs and charging them for the price of an entire chicken" to paraphrase myself.

So thank you for frightening my mother so. She is certainly the person to call when two brothers, both adults, who see each other every day, say offensive things on the internet. Your righteous Crusade against internet depravity is a blessing to us all, and I hope that you don't rest on your laurels now that you've foiled my plans. There are so many others out there to stop, so many children suffering unspeakable sassings at the hands of those who claim to be loved ones. I applaud you, and may Allah (God of Gods) show me the mercy that you have shown me.

If you wish, I can send my disturbing comments to you first before I post them on Luis's Facebook. For example, I was thinking of saying this:

"Dear Luis, when you were in the womb I tried to abort you with one of the vacuum cleaner attachments."

I'm proud of that one, because it lacks the subtlety and sarcasm that seems to provide your administrators with so much trouble.

To summarize, I am angry to the point of sarcasm with any and all people involved in bullying my mother. She was and still is incredibly afraid that this will begin some kind of CPS witch hunt, and more than that she is genuinely cowed by the school system. I believe the whole thing is funny and a waste of your time. My mother responds with a child-like dread of going to the principal's office. It is sad for me to watch the people involved scare her like this. I love my mother, but she doesn't always understand the jive-talking of the youth of today. So when someone tells her I'm writing about harming my younger brother, she believes them. I don't think any of you (you meaning teachers/staff/students) thought of the repercussions of such an accusation. It is my suspicion that you are compelled to act upon internet "threats" because they leave such a clear trail. Physical abuse, psychological abuse, sexual abuse, and verbal abuse are notoriously difficult to prove, and even so what happens, counseling? I understand that this is a matter you deal with in your care of your students, our children and siblings, and I believe you (still meaning teachers/staff/students) are acting in what you believe to be in the best interest of Luis's education and welfare. I respect your motives.

But that doesn't mean this whole business isn't fucking retarded. (Fucking retarded meaning I don't think anyone actually read it and understood it and I would love someone to go through and explain the offensive bits.) In fact, I know they didn't understand. The only one that can understand it is Luis, because that is who the message is meant for. It was sent in an arguably public forum, and Facebook has its own protocol for handling account harassment. Not to mention Luis can actually delete unwanted comments from view. Shocking, these technologies.

I guess I'm giving you hell through the details, but that's because I am something of a bastard whenever I feel that someone is trying to censor my writing. You're allowed to not like it, certainly. Expecting me to conform to some arbitrary standards of conduct is futile.

Schools love policies, and I have yet to be shown what policy I am violating, and if so, what jurisdiction, if any, high school officials have over me. Will I not be allowed to come to the 10 year reunion? Do I get detention? No, so far all I've gotten are vaguely threatening phone calls and letters to my mother.

I get angry when anyone distresses my mother.

In writing this, and in being honest and candid and even trying to be funny (certainly debatable), I understand that I am perhaps escalating the situation. Nonetheless, I must insist that you desist or else...I'll write yo mama jokes on Luis's Facebook wall, and when you read them you'll know they're about you.

But now you have my email address. I can be reached at the same number as Luis, 602-438-1286, from 8am to 5pm which is when I am taking care of my twin nephews (the ones Luis is always talking about) and hanging out with our dog, The Noobers.

Any problems you have with me (of which now I'm sure you have many) would best be addressed to me directly. If y'all scare my moms again, I'm gonna get heated. Then, as I said, I will openly mock yo mamas until the cows come home. Because what else could I do? If people are going off their gut feelings, I'll respond the same way. I've got lots of time to waste on stuff like this. And it is a waste.

I'm sure we'll see each other again, and we should at least be civil. You know how Luis hates it when we fight.

Guillermo "Memo" Lopez
Mountain Pointe Alumnus; Class of 2000
Go Pride (even though lions are terrible animals; the male has a harem, he doesn't hunt, and kills any babies that aren't his)

Posted by Guillermo at 11:16 No comments: