There were chicken wings at the finish line. Well worth it.
Posted by Guillermo at 23:44 No comments: 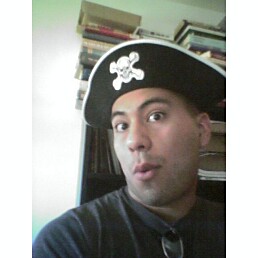 Beno and I are about to leave for Prescott. It is an arduous two hour journey filled with snacks, backseat driving, and blasting tunes from a ghetto jambox that we're bringing along because we don't have one a dem fancy in-car cd players.

In "Nothing-Without-Pants-Gets-Past-Jaden News," our long-standing tradition of Pants-Down Friday has been usurped and confined to a single day a year. Blasphemy! Studies show that pants can be down multiple times a week without lasting harm to anyone. Fridays are just mandatory because, much like eating and drinking, if you don't do it at least once a week you will probably die.

To raise awareness of Pants-Down Friday, I will be running the marathon devoid of underwear and in a chintzy pirate hat. I was going to go as a ninja, but my costume is so good that I would start and finish the race and no one would ever realize it ever. The costume is very good. And thorough.

So pirate it is. Maybe next year I'll run as a zombie.

And remember, Cinco De Mayo is Spanish for...Cinco of Mayo. It is also the Mexican Day of Pantalones-Dropping.

Posted by Guillermo at 13:48 No comments:

"Having never done anything illegal in his life, he was startled to understand, all of a sudden, that a ruthless constabulary was a crucial resource to more imaginative sorts of criminals, such as himself."

-The Diamond Age by Neal Stephenson

Ah, the marathon draws near. I am now entering that holiest of times before a race in which I have full license to devour any complex carbohydrates that come within a 15 foot radius of me.

Not that I didn't really before, but I usually asked first, and I was polite about it. Now I just stuff my face and if pressed I gesture towards my Gurg Gorging Permit which is a yellow half-sheet of paper that I taped to my chest. It also doubles as a bib.

Posted by Guillermo at 02:22 No comments: 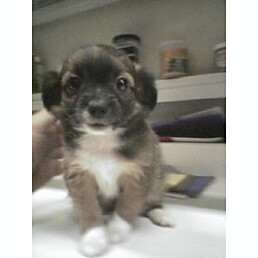 This is what I have to deal with every day at work. Adorable pets with big doe-eyes that look up at me and whisper "Take me home" as soon as everyone else is out of earshot.

I'm getting better at hardening my heart. But sometimes I wonder if it's really worth it.

Posted by Guillermo at 12:11 No comments: