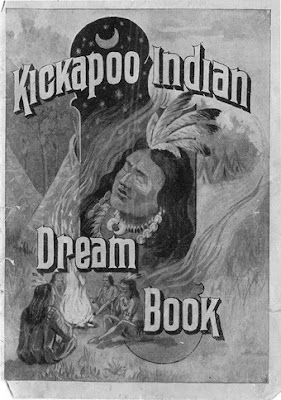 When I was visiting Machu Picchu I wandered off from the tour group and found three small American-suburb style houses with no roofs. They were furnished with some simple furniture, but no beds. I told the guide but I never found that spot again.

That's a lie. I have never been to Machu Picchu. It was just a dream; how I knew it was Machu Picchu I do know. It was only when I looked up some pictures did I discover that the waking world's Machu Picchu does indeed have many ancient domiciles without roofs. (Rooves? Like hoof and hooves? Probably not, but why not?)

It seems I know much more about the world when I'm asleep than I do when I'm awake.

Cheebus, it's almost nine pm. But I still have so much to do. Need to finish the last half of my collection of Philip K. Dick short stories. Still have to listen to a podcast about Lovecraft. Oh, my laundry. I better do that now before I forget.

I purchased Everything All The Time by Band of Horses and I still haven't listened to the whole thing while lying in the dark. Also Tegan and Sara The Con but I'll probably just dance around to that. In the dark, I guess? Does that still count as brooding? I hope so. Brooding requires practice and if I'm not careful I may end up going out and enjoying myself.

My bike is fixed. I've been meaning to ride that thing.

What else. I already made a strawberry-banana milkshake and discussed who holds the existing copyrights of Peter Pan with my sister.

What else. Play with the dog? Ongoing, technically. I usually read in bed, lying on my back holding the book up in the air. Despite being markedly out-of-shape, my arms and shoulders are still very strong and I credit this to my reading habits.

Watson and I play a sort of quick-draw game. He will jump on the bed and drop his Kong (the only toy that has survived for more than a month) onto the bed next to me. Then he waits. When I reach the end of a page I snap my hand down and try to grab the toy while he lunges for it. Watson usually reaches it first. He is closer to the toy and his level of concentration is well beyond mine. But sometimes I get it first. Sometimes we reach a draw, which is sort of a loss for me because I get bitten. 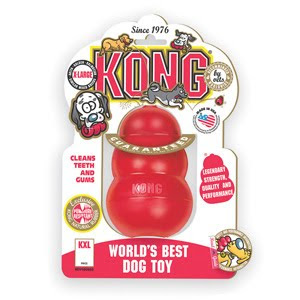 Something I was supposed to look up. Tick fever. That's it. A dog at work may have tick fever. He's an adult brown-and-white pointer mix and he's really sick. He's not eating or drinking much. I administered some subcutaneous fluids to him this morning. Usually, the fluids will make a large visible bubble under the skin that will slowly dissipate into the body. But not this guy. His body was sucking up the fluids as quickly as I could get them in. I worry about him.

I was headbutted by a mastiff yesterday. I was bending down to give him an oral de-worming treatment and he was jumping up to lick my face. Our heads are about the same size so it was almost an equal transfer of energy, like those little silver balls in a Newton's Cradle. Click.

So away I go to read and do those other things. Laundry should be dry by now. All my REI clothing dries very quickly. 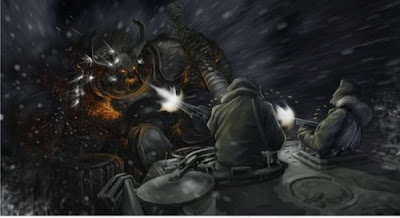 Sometimes I feel like an empty suit laid out on a bed.
Posted by Guillermo at 20:48 No comments: 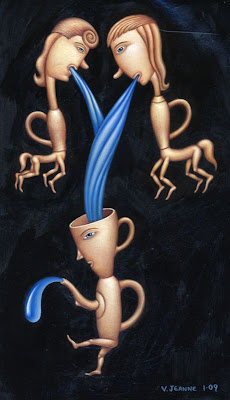 I woke up last night to find ants amassing in the kitchen so I dumped acid all around. Which is how I solve most of my problems.

Ender is ill and I am home watching him. He has a fever and he threw up a little but I suspect that's because he ate an entire bowl of popcorn. We've all done it.

Now he's passed out on the couch. It pleases me that he already has life pretty much figured out.

Have you ever been up all night drinking and then the next morning to discover that you've invited a bunch of people to be friends on Facebook?

Posted by Guillermo at 12:14 No comments: